Little did I know that the yearly LA Triathlon is held every first Sunday after Labor Day in the US and I’ve known it from the LA Times a day before its scheduled date. Since the bike route and the running turn-around point are just 10-minute walk from the house, I asked my son if he wants to see & watch the triathletes. Well, he said, yes, and we had to wake up at 7:00 AM of Sunday and walked all the way to the Walt Disney Concert Hall at Grand Boulevard.

While walking up along Beverly Boulevard towards the corner of Hope and Grand Blvds, we could see already the first triathlete approaching us on the bike/cycling event and followed by another one with a distance of at least 100 meters in between them. And one by one, the Professionals and Elite triathletes passed the corner of Grand Boulevard towards the finish area which was the Staples Center, a distance of 1.5 miles from where we were standing. 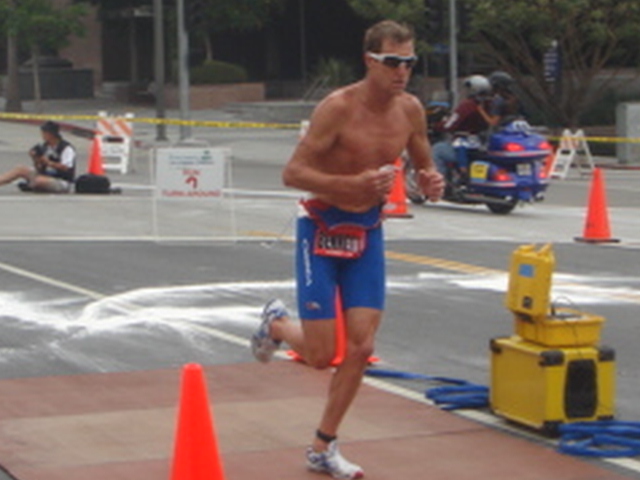 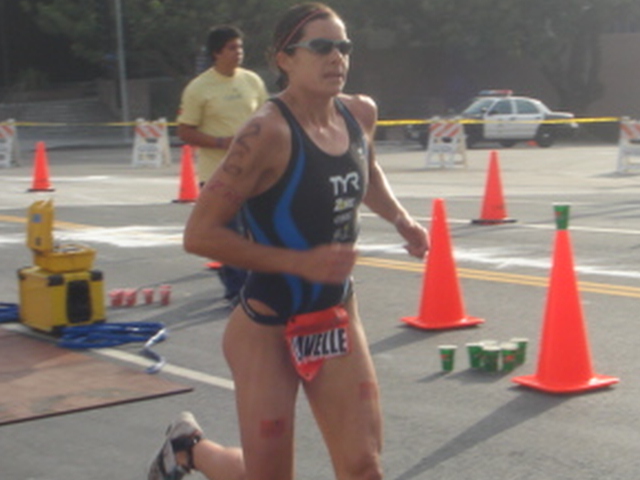 Becky Lavelle, an Olympic alternate in the 2008 Beijing and the 2003 LA Traithlon Champion, won the Women’s Professional/Elite Class with a time 1:59:46 hours. 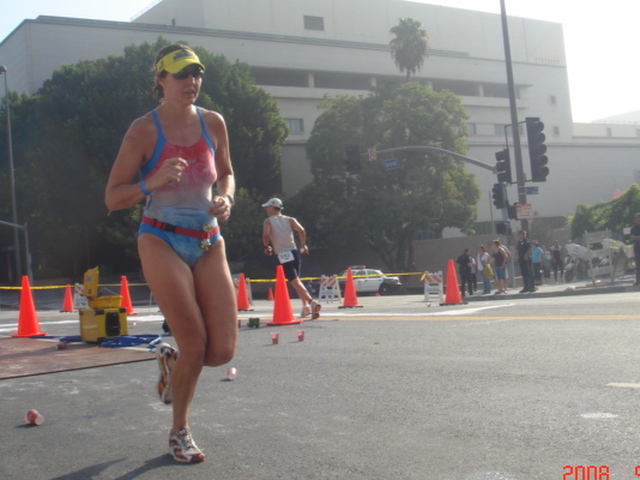 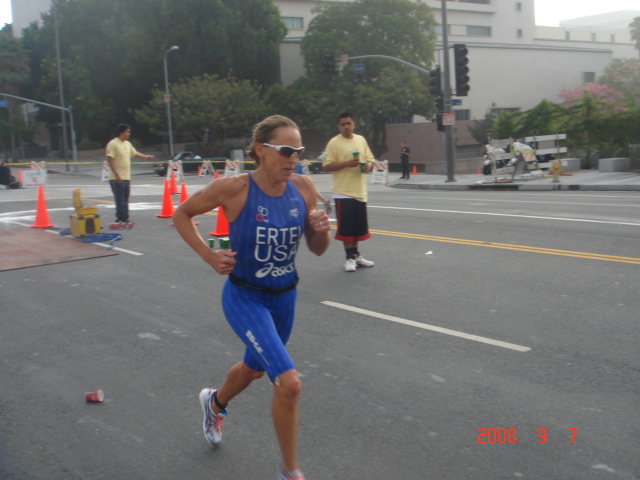 I enjoyed watching the triathletes during their running event as the turn-around point was just few feet away from me taking some pictures of them. The Professional & Elite Class participated in the Olympic Distance (1,500-meter swim in Venice Beach; 40K bike ride; and 10K run) where they must pass the turn-around point for two times as one loop covers only 5K of the running route. Standing infront of the Walt Disney Concert Hall gave me a view of the incoming triathletes in their last dash for the cycling event and at the same time see them twice in their running event.

These are my insights and observations on the LA Triathlon and the triathlon as an sports events:

1) There is nothing like the Ironman Triathlon ( 3.8K Swim; 180K Bike; & 42K Marathon) in Kona, Hawaii as viewed from the TV during the early and mid-80s. Such event is more challenging and test the endurance of athletes being exposed to strong waves and current of the open sea; the strong winds and heat of the sun in the cycling & running events.

2) Technology in the triathlon bikes, accessories and attire had gone high-tech. How I wish the bikes are all the same for all the triathletes. I remember watching a triathlon in Subic in the late 80s with the US Navy as race organizers where they used a red-colored Schwinn-baloon/fat-type tire bikes with only one gear and handbreaks for the bike phase for all the participants. Maybe, if I will “race organize” a sprint triathlon in the future, I will provide BMX bikes for all the participants in the cycling phase.  Well, talking of “fairness”, such triathlon will be a nice event to watch!

3) The triathletes are tall and lean. I’ve never seen a single guy among the male professionals/elite with fats and big/buffed muscles except for some of the ladies.

4) Being competitive and elite/wordl-class in this sports event means more money and time for training as well for the needed equipment.

5) Registration fee is very expensive. A $200.00 registration fee is too costly where you are only offered  the basic water and sports drink provisions along the route. Well, I guess, there are lots of food to eat at the Finish Line.

The following were some of the details of the LA Triathlon: