Congratulations To All The Finishers!

In connection with the celebration of the 50th Founding Anniversary of the Special Forces Regiment of the Philippine Army in June of this year, the Philippine Association of Ultrarunners (PAU) & Bald Runner’s Events had scheduled the conduct of three (3) trail races inside Fort Magsaysay in Palayan City, Nueva Ecija on June 2, 2012.

These races will serve as a “recon or test run” for those who are intending to join in this year’s 2nd edition of the Taklang Damulag 100-Mile Trail Endurance Run which is scheduled on December 15, 2012.

The following are the details of the races:

Registration Center/Area: ARC Running Store OR Deposit the Registration Fee at BPI Savings Account #0296-0673-22 in favor of Jovenal Narcise OR at the Dinner/CLP & Race Briefing on or about 6:30 PM of June 1, 2012 at the SOCOM Headquarters. (Note: Please bring your validated deposit slip to the CLP/Race Briefing) 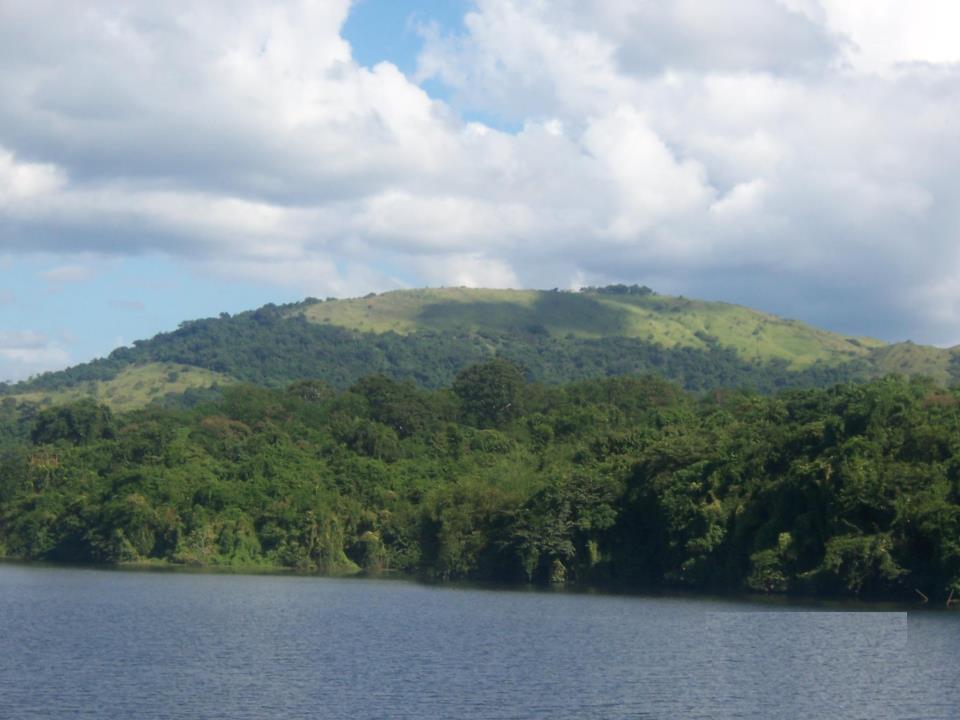 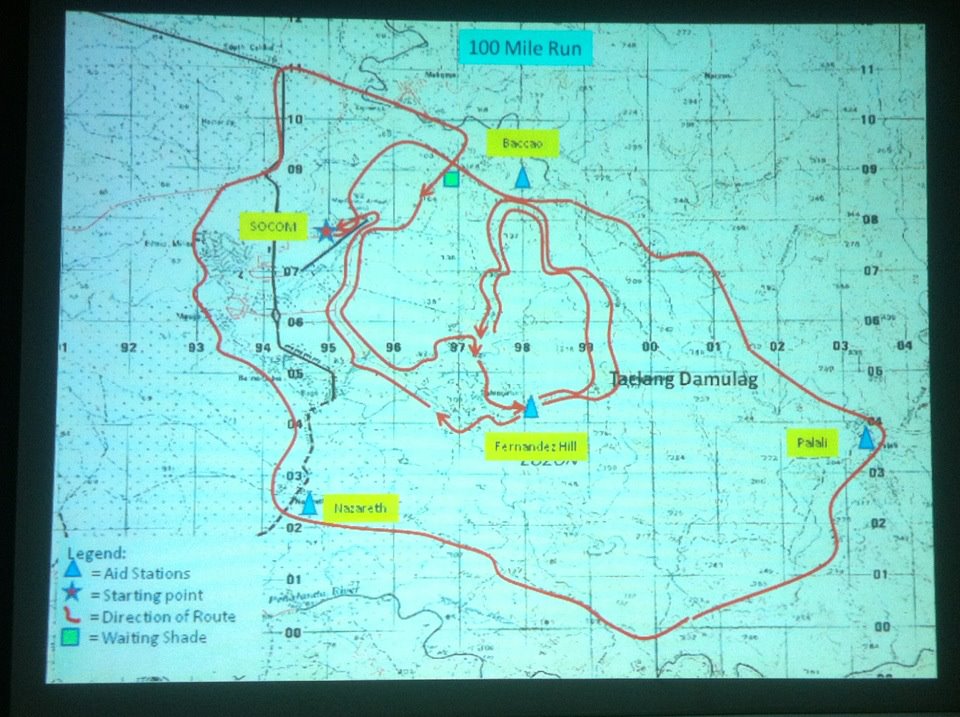 Good luck & see you at the starting line!

This was the elapsed time it took me to reach the peak of Mt Taklang Damulag as I started from the Fernandez Hill of the Special Forces Regiment’s Camp and Training Area inside Fort Magsaysay. The place is also popularly known as “Molave Complex”.

The plan was to recon and hike a segment of the 100-mile endurance run route that includes the Fernandez Hill-Taklang Damulag- Cordero Dam-Special Forces Training Area and back to Fernandez Hill. This a trail loop which has a distance of 13 kilometers. However, at the back of my mind, I was thinking of coming up with a first attempt with a record time for a trek to the famous Mt Taklang Damulag’s peak with the Fernandez Hill as the starting area.

I was accompanied by Lt Col Dennis Pacis, the Chief Operations Officer of the 7th Infantry Division who is a triathlete and an ultrarunner; Captain Jason Que who is the Chief of the Training Department of the Special Forces School; Jack, a member of the Elite Team Bald Runner; two NCOs of the Special Forces who are both runners in the PA Battalion Run Team where I was the Commander; and nine (9) soldiers who are presently on training to become members of the Special Forces Regiment. I personally named this group as the “Ultra Recon Team Six” (based from the famous and popular US Navy Seal’s Team Six).

We started at 10:45 AM with overcast sky from the Fernandez Hill in line formation with at least 6 soldiers in front of me. As I was strictly following my HR training to include this trek, I maintained an HR of 135 about 100 meters from the start with LtCol Pacis and Capt Que behind me. However, our hiking started to increase its pace as we started to climb the mountain.

The trail leading to the peak of the mountain was a combination of crossing at least 3 streams where our feet/shoes have to thread on the water current; sticky, slippery and muddy soil; rocks; and single-track trail covered with grasses. My TNF trail shoes were no match to the combat boots of the soldiers in crossing the streams and walking along sticky and slippery mud along the route. My advantage to these soldiers was that my shoes were lighter than their combat boots.

As we started to climb the mountain, I started to think of coming up with a record time for a Military General, retired at that, to ever climb and reach the peak of the said mountain. Although I am not sure if the past Commanders of the Special Forces and Special Operations Command had undergone this record timing process, I thought that I might as well start coming up with a “trivia” as to who and what is the fastest time for a General (retired or active) to reach the peak of Mt Taklang Damulag.

In less than 400 meters from the start line, my HR started to spike to 145 bpm from my training max of 135 as a result of my excitement to reach the peak with a record time. And my HR steadily increased as I got higher towards the peak of the mountain.

I was wearing my GF 305 on my left wrist (to measure the distance and elevation) and my TIMEX HR Watch on my right wrist. From time to time as I moved upwards, I had to glance of these two watches for the distance covered and my prevailing HR.

From 145 bpm, my HR spiked to 165 and later to a maximum of 183 bpm when I reached the 2.4K mark on the uphill climb to the mountain. I decided to take a rest/breather for about 2 minutes just to be able to adjust to my breathing and to be able to look around on the lower plains of Nueva Ecija. I felt like I was going on a “blackout” or pass out as I started to feel dazed and exhausted but the scenery and the beauty below made me happy and satisfied. A lot of “deep breathing” repetitions made me recover and kept on glancing my HR watch as my bpm was decreasing. As soon as my HR watch reached and indicated 155 bpm, I continued my hike on the last 400 meters to the peak of the said mountain.

I simply tapped the white cross at the peak of the mountain with my right palm to signify that I reached and conquered the very peak of the mountain. My time was 52:37 minutes and I asked Capt Que to make a record/journal of it as part of the trivia of the Special Forces Regiment.

The two Special Forces NCOs were surprised and gave me two “thumbs-up” for being the fastest hiker (whether in my age category or being a General of the Philippine Army, retired or active) to reach the peak. I just smiled to them while I was gasping for air! I wanted to tell them that I was not yet running and it was all hiking. In due time, I will try to run it and improve my time on my next trek to the mountain.

As per gathered by my GF 305, the highest peak has an elevation of 409 meters with a route distance of 2.7 kilometers from Fernandez Hill. It is a short course and a very low mountain but if you think of going up to this mountain for four times in a single event, then you have a very high mountain!

Now, I am thinking of a short trail running event which is dubbed as “Mt Taklang Damulag 5.4K Challenge” !