The following are the pictures taken in last night’s “Boodle Fight” with Team Bald Runner and other runners. For more description of the said event, please read Bugobugo’s latest post: 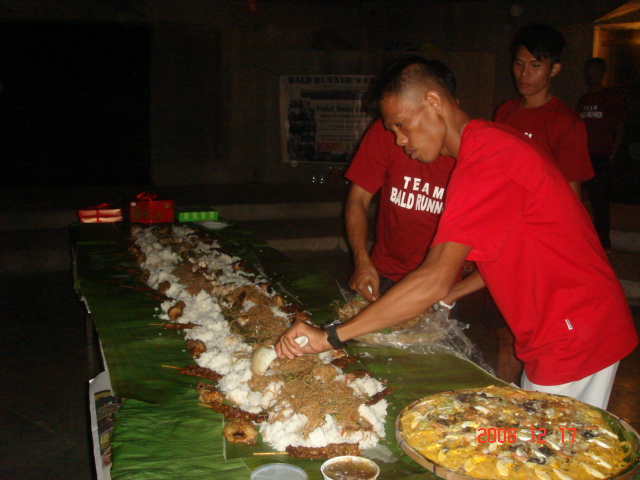 Cris Sabal and the rest of our elite athletes prepared for the proper arrangement/presentation of the food.

Lester, in addition to the food he brought, he took the initiative to bring sardines and a can opener for the activity. 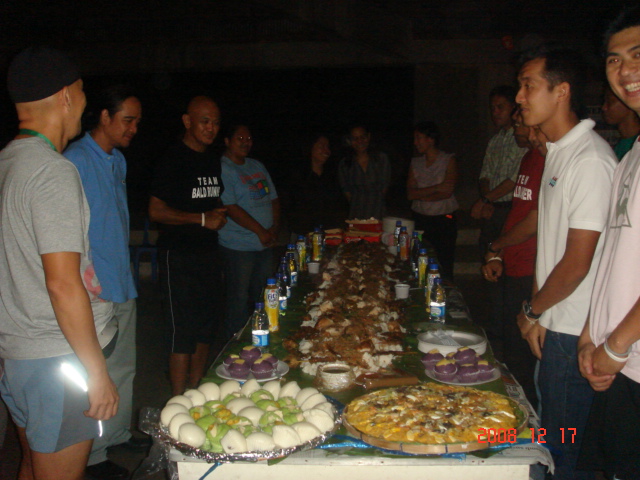 After Philip delivered his brief Prayer Before Meals, I made the command to start the “Boodle Fight”!

“Boodle Fight” is really a fight for the food infront of you! 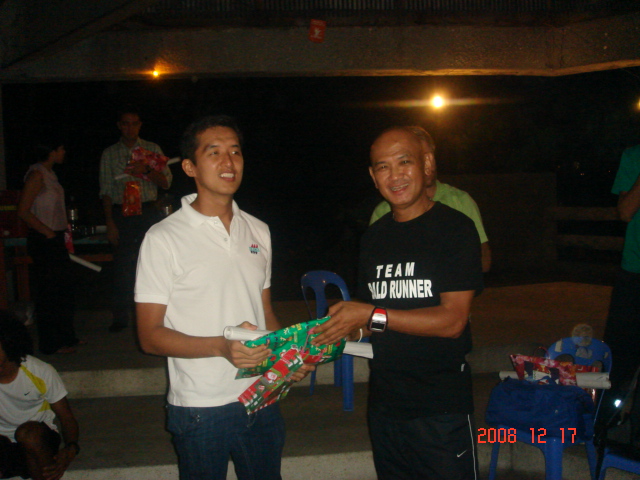 Philip as he received his share from the Team Bald Runner 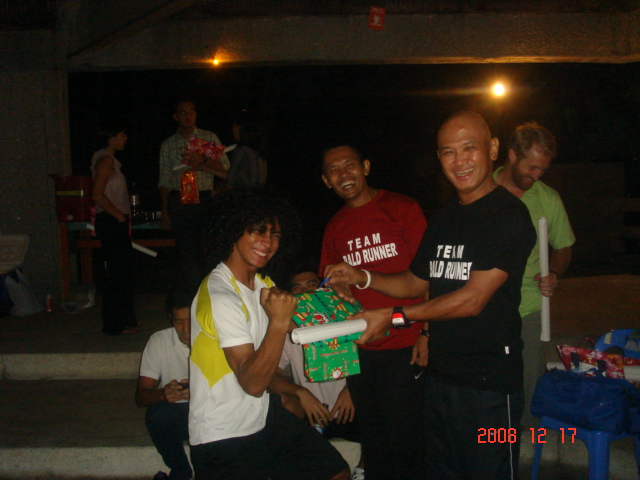 Coach Rio, our special guest, received some gifts, too! 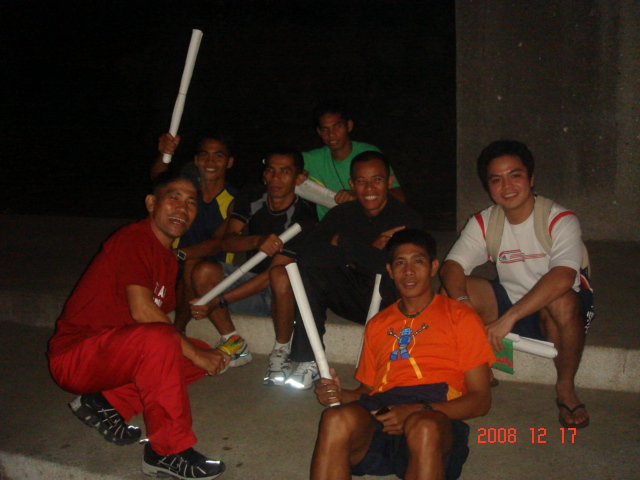 Philip aka Foreign Runner donated his ASICS Gel-Kayano 13. Philip, sorry for the camera! 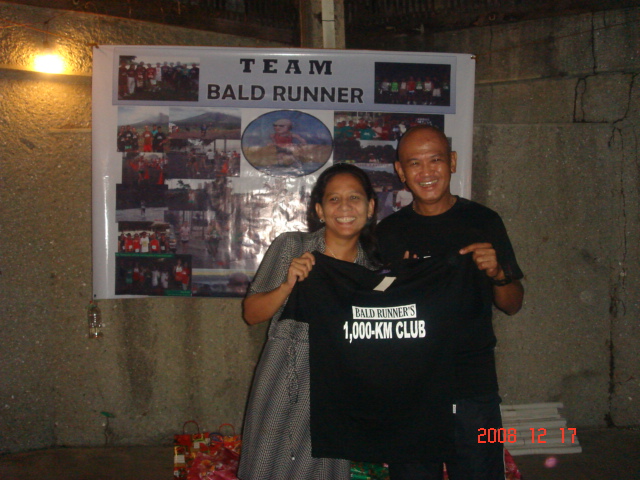 Mesh aka My Iron Shoes was awarded her “1,000-Km Club” Finisher’s T-shirt. She completed the distance while running the Standard Chartered Singapore Marathon. Congratulations, Mesh!

Jay aka Prometheus Cometh, who arrived later after spending Wedding Anniversary with his wife.